From Our Table to YOURS: Miss Daisy's Timeless Favorite Holiday Recipes 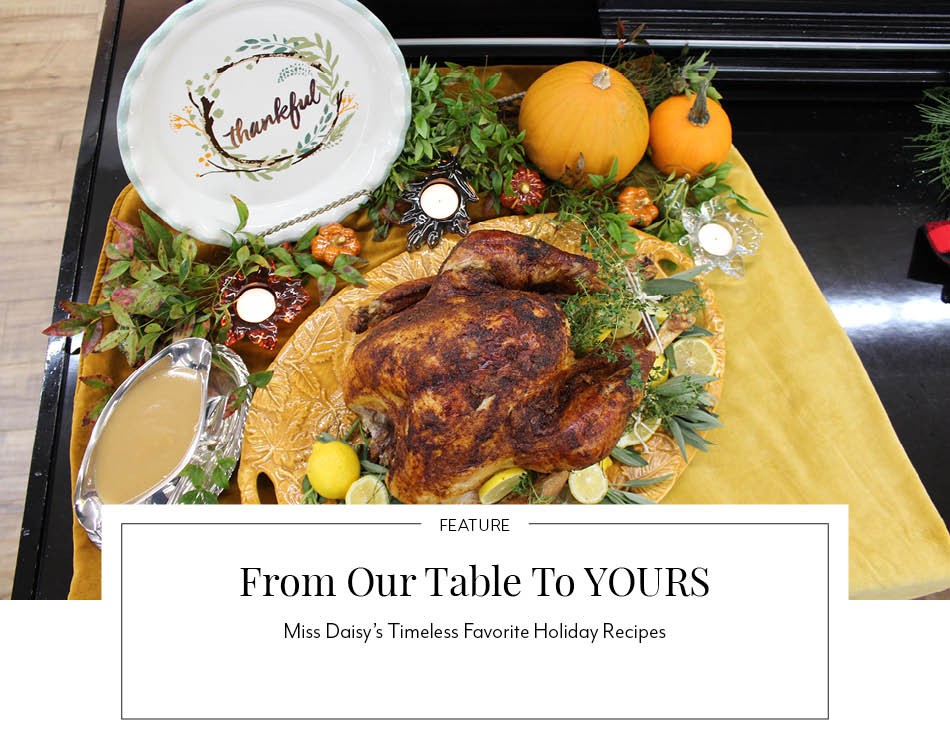 It’s November, and “Turkey Day” is almost here...indeed, that bird has become so linked with the Thanksgiving holiday that their names are almost synonymous. The association goes back to the first Thanksgiving in 1621 when turkeys were prepared as part of the harvest feast of the Pilgrims and their Native American neighbors.

As Thanksgiving itself is uniquely American, the turkey is an American native and was one of our earliest exports. The ubiquitous image of King Henry VIII gnawing on a turkey leg is, in fact, plausible because within a generation of Columbus’ “discovery” of America, turkeys were being raised in Europe and becoming a culinary trend for aristocrats and nobles who could afford them.

Benjamin Franklin made a vigorous argument for the turkey as our national bird, ultimately losing out to the Bald Eagle. While flocks of larger domestic turkeys were being developed to satisfy the world’s growing turkey appetite, the American Wild Turkey, like the eagle, once seemed destined to follow the Passenger Pigeon into extinction. Fortunately, conservation efforts in the 20th century, led there by our TWRA., reversed that trend. Ol’ Ben would be happy that the habitat closest to his namesake now claims our state’s largest wild turkey harvests.

Turkey is gaining in popularity as a health food choice, loaded with minerals and lower in calories and fat than its alternatives. “Free-Range” meats are also becoming popular with a more health-conscious America. Williamson County and its immediate neighbors are on the forefront of these trends, with organic turkey farms in the College Grove, Spring Hill, and Eagleville areas. Thus, you won’t have to bring out your musket if you’re in the mood for a free-range turkey, and, as all turkey varieties are much more affordable than they were in Henry VIII’s time, you won’t have to be a titled gentry to enjoy your own feast.

Tennessee’s “First Lady of Southern Cooking,” Daisy King, was the founder and chef of the renowned Miss Daisy’s Tearoom, proprietor and executive chef of Miss Daisy’s Kitchen and Author of multiple books. Visit missdaisyking.com to learn more and see the menu for Miss Daisy’s Kitchen located at 1110 Hillsboro Road, Franklin.

Sections: LIFESTYLE From Our House to YOURS 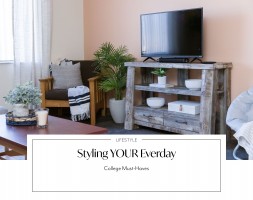 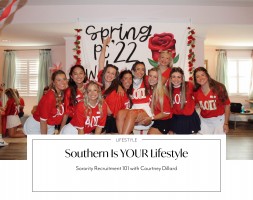 Southern is YOUR Lifestyle: Sorority Recruitment 101 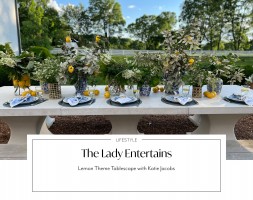 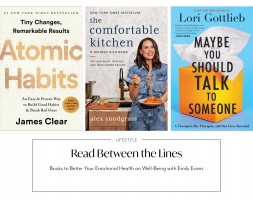 Read Between the Lines: Books to Better Your Emotional Health and Well-Being 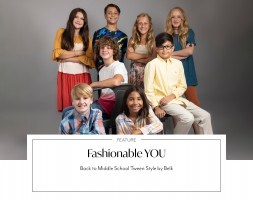 Fashionable YOU: Tween Back to School Fashion with Belk 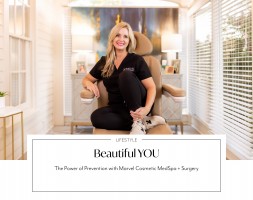 Beautiful YOU: The Power of Prevention with Marvel Cosmetic MedSpa + Surgery