Williamson, Inc. hosted 177 total events in 2019, seven of which were signature events. While signature events are Williamson, Inc’s most highly populated events, their recurring events and ribbon cuttings made up almost ninety-six percent of their 2019 events. This year, Williamson, Inc. assisted in over eighty ribbon cuttings, setting the record for most ribbon cuttings within a year. Recurring events include committee specific meetings, First Fridays, Member Connects, Inclusion Workshops, Williamson 101, Young Professional meetings, and Legislative Updates. Throughout 2019’s record breaking event calendar, event topics covered education, transportation, legislation, diversity, professional development, and other topics that ultimately help our community come together for the betterment of Williamson County.

The first signature event of 2019 was February’s “Day on the Hill,” The half-day event was a look inside state government from our Williamson County delegation and Williamson, Inc.’s Director of Government Affairs, Kel McDowell. The day began with a discussion on pertinent legislative issues that impact the business community in Tennessee, including efforts to fully fund Williamson County Schools. There were also tours of the historic Tennessee State Capitol, private Legislative Lounge and the Senate and House Chambers. Attendees were to able engage and connect with our local representatives.

Williamson Inc. held it’s annual “Outlook Williamson” in April, a half-day economic summit featuring a deep dive into the Williamson County economy and forecasting trends for the region. This signature event was attended by more than 360 business and community leaders from around the region. June’s Transportation Summit presented insight on the South Corridor Study as well as a keynote address from Jackie Millet. Jackie is Mayor of Lone Tree, Colorado, a peer community of Williamson County, who has transformed public transportation through business partnerships.

In late July, Williamson County Mayor, Rogers Anderson, delivered his seventeenth annual State of the County Address. As many know, Williamson, Inc. was formed after several area chambers combined in 2012, making this event a pre-merger tradition that has been carried on throughout the years. The Mayor gave an overview on how the county is performing on economic indicators such as financial health, education, public safety, transportation, job growth and employment, and capital investments.

The Women in Business Summit in August, hosted over 200 female business leaders. Keynote Speaker, Sarah Nuse, owner of the Tippi Toes chain, inspired attendees with her story on transforming your day to day success. The summit also featured three WIB Talks which were modeled after “Ted Talks.” Those speakers featured Kia Jarmon, Agency Director of MEPR Agency; Laura Reinbold, National Director of Terracon; and Mila Grigg, CEO of Moda Image and Brand Consulting. The speakers covered highly requested topics from our members such as Your Mission Within the Company’s Mission, How to Position Yourself to Lead, and Overcoming Fear.

In October, Williamson, Inc. held their Business Expo while adding a new element- a career fair. Held at The Factory at Franklin, this non-traditional Business Expo and Career Fair featured over sixty businesses, a local beer garden from Bavarian Bierhaus, and tastings from H. Clark Distillery. This event was beneficial for all Williamson County business professionals whether you were showcasing your business, growing your staff, or simply networking. Twenty-five of the businesses that were showcased displayed “Now Hiring” signage at their booth which shows promise that the career fair element will return to futures expos.

Lastly, Williamson, Inc. will host their Annual Celebration this month. The Annual Celebration will feature keynote speaker, Fred Diaz, CEO of Mitsubishi as he gives his story on the company decision to relocate to Williamson County. The event will be the first to take place at Northside McEwen, Williamson County’s newest mixed-use development in the heart of Cool Springs. Attendees of the annual celebration will also receive priority registration to Williamson Inc.’s newest Signature Event, a professional development opportunity with worldwide brand recognition. Interested in 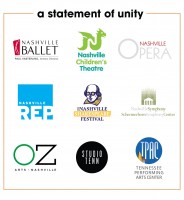 A Word from Arts & Culture 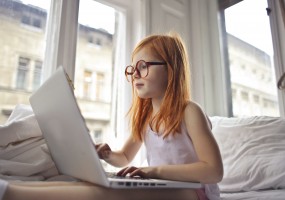 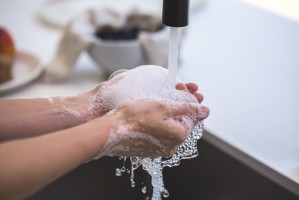