In YOUR Backyard: Antiques & Garden Show - Home Is Where YOUR Story Begins 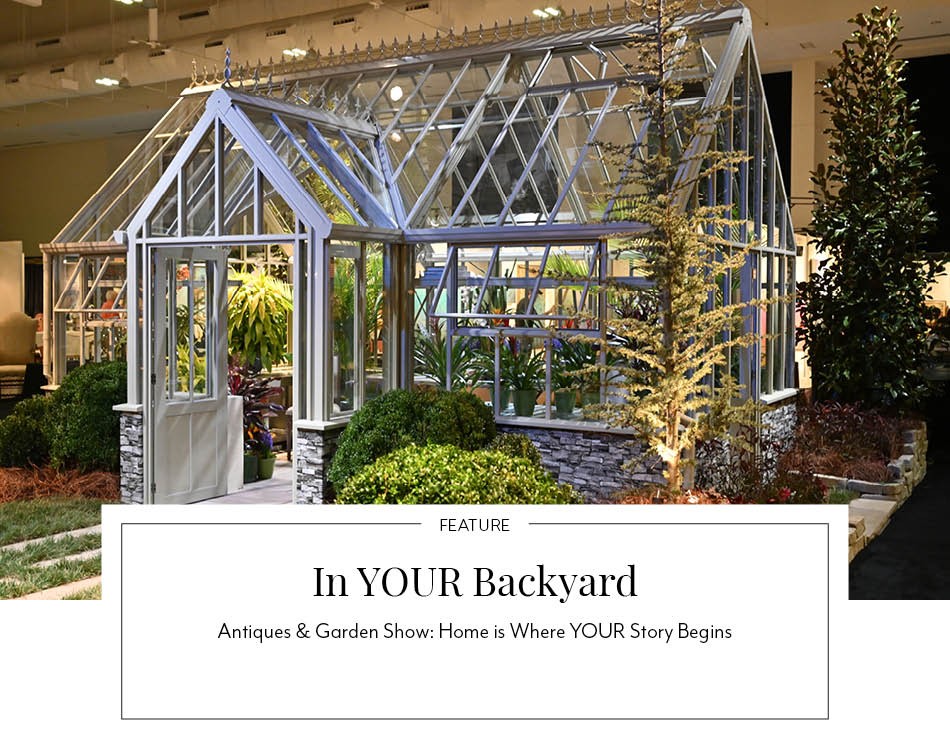 The Antiques & Garden Show of Nashville, one of the country’s largest antiques and horticultural events, is an annual charitable event whose purpose is to raise funds for Cheekwood and Economic Club of Nashville (ECON) Charities. This event makes its highly anticipated return February  11th through 13th, at the Music City Center in downtown Nashville. Keynoting the event is entrepreneur, bestselling author and Emmy Award-winning television show host Martha Stewart. The Show draws more than 15,000 attendees annually to experience its impressive showcase of antiques from more than 150 dealers, world-class landscaped gardens and opportunities to engage with some of the nation’s top names in design and horticulture through educational lectures, panel discussions and book signings.

Chairs Ashley Smith and Julia Spickard have selected the 2022 Show’s theme to be “Home is where your story begins,” and are thrilled to announce an exceptional lineup of featured speakers and moderators that bridge the entertaining, gardening and design worlds. The keynote lecture will be given by Martha Stewart, followed by Bunny Williams, who is returning for her second year. Also included are Clea Shearer, Joanna Teplin and Alexa Hampton.

“We’re proud to present the amazing talent speaking at the 2022 Show on the common sentiment that home is where your story begins,” Julia said. “We’re also honored to have Gracie Studios providing the design inspiration for this year’s theme, which has been translated into an exclusive design created just for the Show.” The 2022 Show also promises three outstanding garden displays presented by accomplished landscape designers that attendees can interactively experience. This year’s garden designers are Anne Daigh and Wade Rick of Daigh Rick. They will present the East Garden with a beautiful garden structure built by one of Nashville’s top builders West Cook Builders, and Joseph Hillenmeyer of Lexington, KY, whose showcase design will feature a spectacular Hartley Botanic Greenhouse in the West Garden. In addition, the design for Cheekwood’s botanical Entry Exhibition will again be led by Cheekwood VP of Gardens and Facilities Peter Grimaldi.

Martha Stewart is the Founder of the first multi-channel lifestyle company, Martha Stewart Living Omnimedia, an entrepreneur, bestselling author of ninety-nine to date, lifestyle books and an Emmy Award-winning television show host. Reaching more than 100 million devoted fans on a monthly basis through her magazines, television shows, books, and products for the home, sold at multiple retail and online outlets, Martha is the “go-to” source for the homemaker. She and her talented staff provide trusted, timely, and useful information on all aspects of everyday living: cooking, entertaining, gardening, home renovating, collecting, organizing, crafting, healthy living, holidays, weddings and pet care, both in print and social media.

Bunny Williams: Garden and Landscape Design Lecture - The Making of A Garden Over 30 Years

Bunny will walk through the various gardens she has developed surrounding her house in Falls Village, Connecticut, over the course of more than thirty years. Illustrating early versions of her sunken parterre, vegetable and woodland gardens, along with the spaces that connect each of them, she’ll lead us through how they’ve evolved and the lessons she’s learned along the way.

Clea Shearer and Joanna Teplin of The Home Edit: Lifestyle Lecture - In Conversation with Gen Sohr of Pencil & Paper Co.

Clea Shearer and Joanna Teplin of The Home Edit started their organizing business the day they met six years ago with a singular dream—combine organizing with aesthetics and share it with the world. Their hope to marry form and function proved fruitful. The duo is now operating organizing branches in cities across the U.S., are the authors of two New York Times number one best-selling books, the stars of the Emmy-nominated Netflix series “Get Organized with The Home Edit” and creators of multiple product lines sold in stores across the globe. Join Clea and Joanna for a casual, in-depth chat with design-maven Gen Sohr, as the two share their secrets for conquering your clutter with their unique brand of interior styling, practicality and humor.

Alexa Hampton: Design Panel -t LexTalks Live & In-Person with Alexa Hampton - An Inside Look at the Careers and Stories Behind Design’s Top Talent

World-renowned designer Alexa Hampton takes her popular “52 Weeks of Design” interview series on the road for the first-ever in-person LexTalks Live, during which she’ll interview design panelists Jenn and  Mike Gracie, Christopher Spitzmiller and Ashley Whittaker. Take an inside look into the careers of the industry’s top designers and taste-makers as Alexa leads the conversation spanning the topics of design, gardening and lifestyle. Enjoy behind-the-scenes stories and a celebration of the design world accompanied by a slideshow presentation with vivid and insightful imagery. 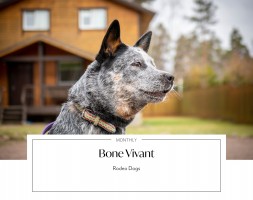 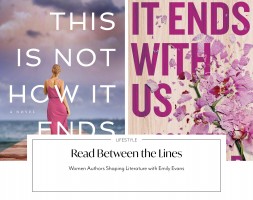 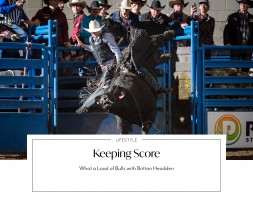 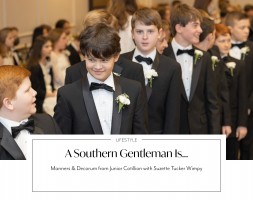 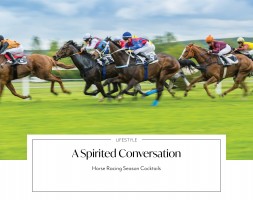 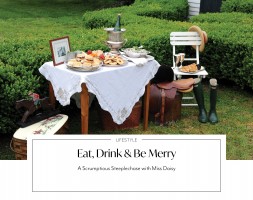